Are you a dealer? Click Here
Hover Over an Option
To get a detailed description of each category and it's available options, to help you make the correct selection.
Retain Steering Wheel Controls
Keep your factory steering wheel controls with Metra's ASWC-1. Easy to install with an aftermarket radio, easy to program with our auto detect feature.
Replace Factory Radio
Remove that featureless factory radio and install an aftermarket radio with Axxess's radio replacement interfaces and harnesses.
Add Remote Start
Cut down in installation time with Axxess's remote start vehicle specific harnesses.
Add Cameras to Factory Radio
Stay aware of your surroundings and improve safety by adding cameras to your existing factory screen.
Add Amp to Factory Radio
Get the sound quality you're looking for by adding aftermarket amplifiers to your factory radio with Axxess's Add-n-amp option.
Device Connection
Stay safe and connected while driving by installing an Axxess connectivity interface and mobility products.
Digital Signal Processor
Upgrade your sound, keep your factory radio and retain your functions with our versatile digital signal processor.
Override Engine's STOP/START
Override Interface for Ford, Chrysler, Dodge, & Jeep®. Simple install to override or re-engage the stop engine feature!

What do you want to do? 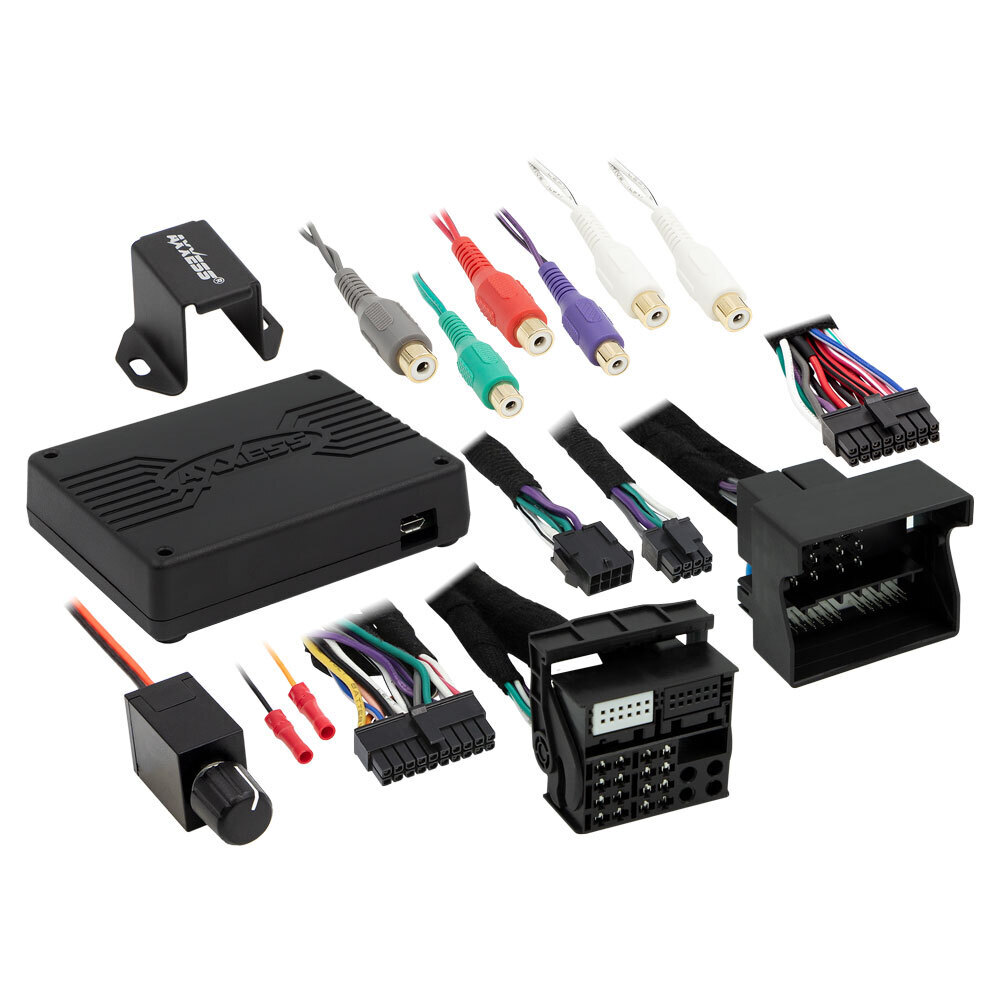 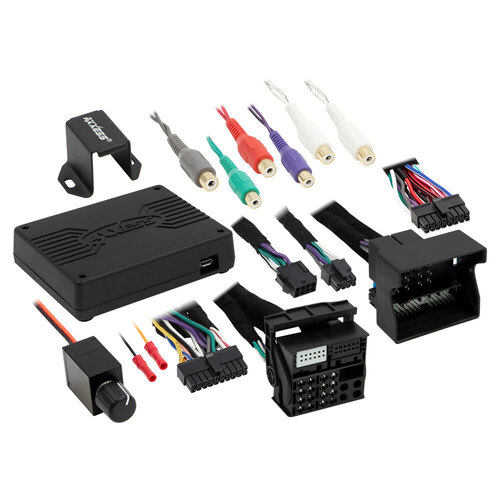 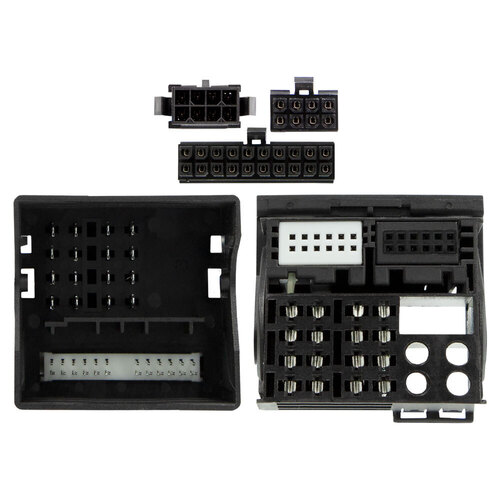 Upgrade the sound system with this cost-effective, easy-to-install DSP “Lite” package that includes a vehicle-specific T-harness. It works with OEM or aftermarket radios to take fixed level/digitally controlled analog audio and convert it to 6 channels of analog signal for use with an aftermarket amplifier or DSP.

Retain Features with a Built-in Interface
While this may be a “Lite” version, it still provides retention of many important vehicle functions utilizing Axxess’s cutting-edge technology. It features chime control, retains OEM voice prompts and sonar sensors, and has clipping detection and limiting circuits, going beyond what a traditional DSP can do.

Complete Tuning Control
There are 4 inputs and 6 outputs, including front, rear and subwoofer, and the front and rear outputs can be delayed independently up to 10ms. Full tuning control settings are adjusted via a smart device application for tablets or mobile phones and can be password-protected once set up. Once tuning has been completed, installers can password-protect their settings to prevent anyone else from adjusting, and the information is stored for future recall.